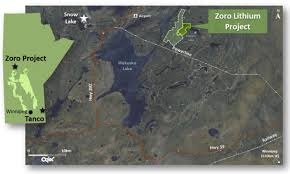 You can't have electric cars without batteries, and you can't have batteries without lithium. As global demand for electric vehicles grows, North America automotive manufactures are seeking to regionalize their supply chain for security and sustainability and lithium producers are going to be at a premium as they search for consistent suppliers. The renewable energy sector “metals-rich” green infrastructure is likely to spur private sector investment and will further boost the lithium market. Far Resource's Zoro Lithium Project is in east-central Manitoba 20km east of the historic mining town of Snow Lake. Simply put, the company is in an enviable position as they continue to add value to their lithium resources with each exploration program.

The property consists of 16 claims with a total of 3,603 hectares and is proximal to excellent infrastructure and an experienced labour pool.

Exploration has been rapidly advanced on the property with an integrated program of prospecting, innovative soil geochemical surveys and five diamond drill programs totaling almost 8,500 meters in 60 holes, and $5.0+ million in exploration expenditures that has caught the attention of the investment community. 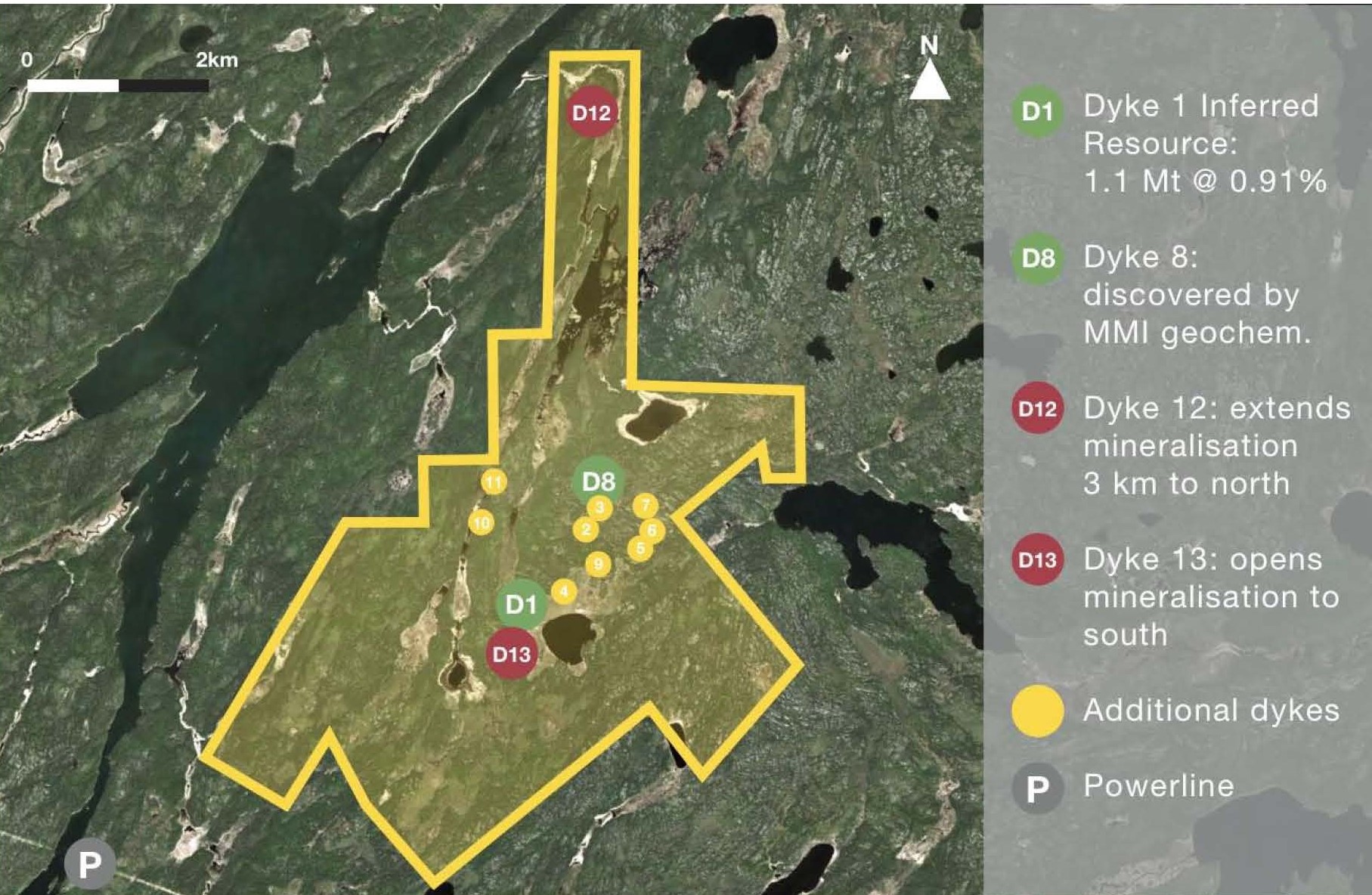 Work programs commenced at Zoro in 2016 with prospecting and sampling of the seven known dykes, confirming the lithium content of the spodumene bearing pegmatites.

In 2017, the project advanced rapidly due to the positive results received from continued drilling of Dyke 1.

On July 09, 2018, the Company announced a NI 43-101 compliant maiden resource of 1,074,567 tonnes grading 0.91% Li2O, 182 ppm Be, 198 ppm Cs, 51 ppm Ga, 1212 ppm Rb, and 43 ppm Ta (at a cut-off of 0.3% Li2O). In addition to the other seven dykes that are not included in this resource, the Company has numerous untested geological and geochemical targets that will be followed up during the next phase of exploration at Zoro. Far Resources looks forward to developing those targets with additional ongoing exploration

In 2018, a winter drill program led to the discovery of a previously unknown spodumene-bearing pegmatite dyke, Dyke 8 (D8). The discovery of this new dyke was made during the drill-testing of a Mobile Metal Ions (MMI) soil geochemical anomaly and brought the total of known high-grade dykes on the Zoro Lithium Property to eight.

Subsequent drilling has stepped out to cover additional MMI anomalies. The most recent campaign has brought the total number of dykes to thirteen.

Far commenced exploration with the Zoro 1 Claim and has added adjacent claims covering the other known dykes in the area. In doing so they have expanded the property from 0.5 square kilometres to 3.0 square kilometres, a 600% increase.

Abundant overburden cover characterises much of the property and the pegmatite dykes do not have a recognisable geophysical signature. Many of the thirteen spodumene-bearing pegmatite dykes have been discovered to date by drilling Mobile Metal Ions (MMI) soil geochemical anomalies. This includes a new high grade discovery at the D8 dyke, which now has a strike length of at least 90 m, with down dip intersections of 100 m and true thickness of up to 15m and open in all directions. Numerous MMI anomalies remain untested and only one-third of the property has been explored. An inferred resource of 1,074,567 tonnes at 0.91% Li2O has been defined at a 0.3% Li2O cut-off for D1. Metallurgical studies on D1 mineralization has been completed.

Light green to white spodumene mineralization occurs within laterally and vertically extensive pegmatite dykes hosted by mafic volcanic rocks and felsic sedimentary rocks indicating there are no preferred host rocks for the dykes The spodumene-bearing pegmatite dykes on the property strike northwest with steep dips and crosscut the regional foliation at a low angle. They are up to 800 m in length and 40 m in drill intersection. The dykes tend to be concentric in internal structure and constituent minerals include potassium feldspar, quartz, spodumene and black tourmaline. Future programs will focus on prospecting the 2000 hectares that have yet to be explored followed by soil geochemical surveys and diamond drilling. Prospecting will be aided by mechanical stripping where necessary.

You can read about the Mineralogical Characterization and Preliminary Beneficiation of the Zoro Lithium Project here or below:

Zoro is well situated in Manitoba with the potential for development. Manitoba is home to the world-class Tanco lithium-cesium-rare metal pegmatite at Bernic Lake. Manitoba has a supportive, pro-business climate, mineral exploration assistance programs, and excellent access to geoscience and exploration data that will assist the company to advance its projects in the province. The Manitoba government has recently made available a $20 million dollar fund administered by the Chamber of Commerce to assist mineral development.

Additionally, the province has stable and well-developed mining and transportation infrastructure. The hydro line to Snow Lake is 5 km south of the property and the small historic gold mining community of Herb Lake is located about 10 km southwest of the property. A railway line is located at Wekusko, approximately 20 km south of Herb Lake. Electricity rates in Manitoba are reasonably priced and comparable to Québec, and less than in Ontario. The projects in Northern Quebec are hundreds of kilometres from the railhead at Chibougamau. Manitoba’s infrastructure can lead to lower project development costs, lower threshold tonnage to support project development, and less time to reach this threshold.

A high-grade drill intercept of tantalum (0.117 % Ta2O5 or 927 ppm tantalum; see November 1, 2017 news release [link]) accompanied by elevated tantalum and niobium in samples of drill core, outcrop and soils has provided a value-added component to the lithium mineralization.

Currently, the significance of the elevated tantalum and niobium is unknown but it will be closely assessed as Far Resource’s exploration continues.

Tantalum is a rare, hard, blue-gray, corrosion-resistant metal that is widely used as a minor component in alloys. Tantulum is inert, making it a valuable substance for laboratory equipment and a substitute for platinum.

Tantalum exists alongside niobium, a chemically similar metal, which is also valuable. It is mainly used in alloys and is the largest metal in special steel, which is used in gas pipelines. The stability of niobium-containing super alloys at high temperatures makes such alloys an important component in jet and rocket engines. Niobium is also used in various superconducting materials including the superconducting magnets of MRI scanners. Other applications of niobium include welding, nuclear industries, electronics, optics, numismatics, and jewellery.